Alexandra Cousteau Wants To Restore The Oceans By 2050 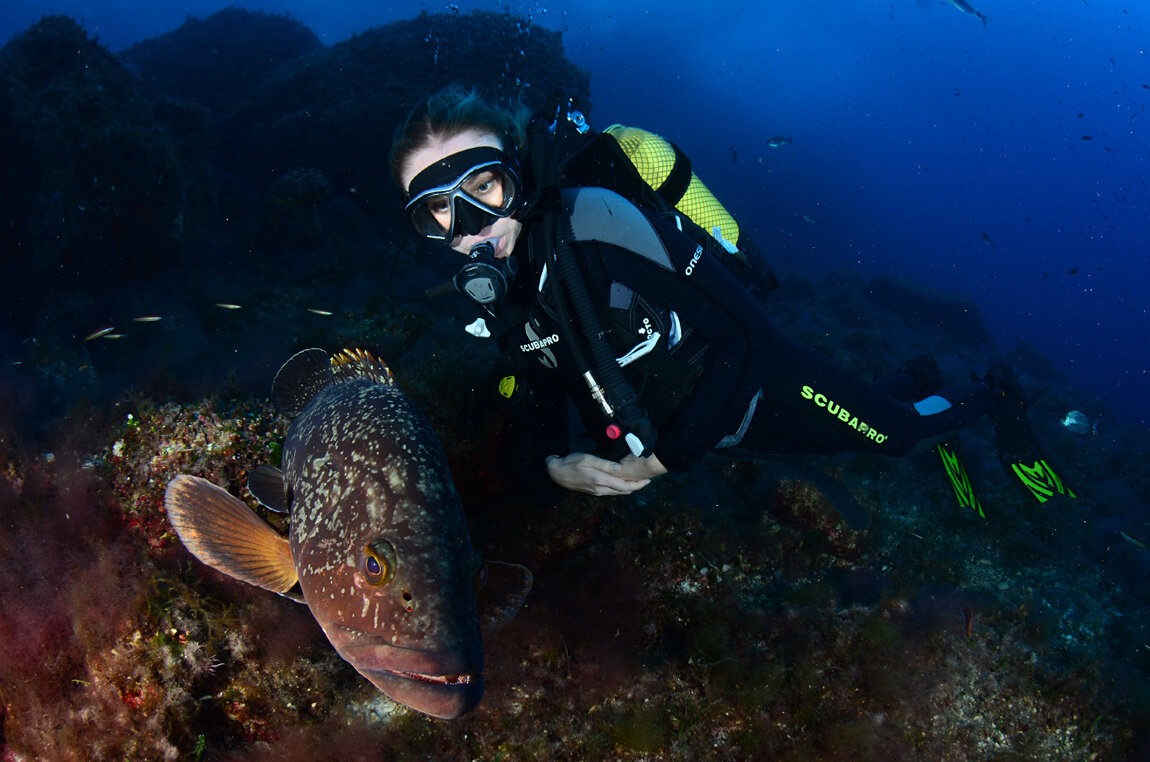 In 1968, The Undersea World of Jacques Cousteau aired on televisions around the world. However, by this time the abundance of large marine mammals in the world’s oceans was already much less than what it had been just 100 years earlier. Alexandra Cousteau, Jacques Cousteau’s granddaughter, was just a kid in the 1980s when the first campaigns to conserve and sustain marine life were launched. Yet in her lifetime the losses within our oceans have only continued.

Alexandra Cousteau now wants to shift this story of ocean loss into a tale of restoration. Instead of working to conserve and sustain the limited marine resources that remain, Alexandra Cousteau seeks a return to what the oceans looked like years ago. “I don’t think conserving what’s left is enough, and I don’t think sustainability is a word that is going to get us anywhere. It’s been co-opted,” she explains. “It’s a word that means everything and nothing.”

In her pursuit of restoring ocean abundance, Alexandra has set her sights on the year 2050. By then, Alexandra’s daughter will be about the same age that Alexandra is today. While Alexandra has seen massive declines in the world’s oceans in her lifetime, she hopes her daughter’s vantage point may be different by 2050. “Telling [my daughter] that the 50% we have left is what we are going to try to sustain, which is kind-of what conservation is about, felt terribly insufficient,” Alexandra explains.

Through her partnership with world-renowned marine biologist Dr. Carlos Duarte, Alexandra realized her dream to restore ocean abundance was not just possible, but economically viable. “That was a revelation for me,” she explains. “[Carlos Duarte] helped me put a scientific foundation to this idea that we should, as a matter of principle, as a matter of moral obligation to our children, rebuild what we’ve destroyed in the past 50 years.”

Like trees, the ocean’s large seaweeds are excellent vessels for storing carbon. However, instead of absorbing carbon dioxide from the air, seaweeds take up the carbon dioxide dissolved in seawater. Kelp, one of these carbon-storing seaweeds, also provides several additional benefits to the oceans: kelp forests create unique habitat for a diversity of marine life, stabilize local seawater chemistry to reduce the negative effects of ocean acidification, and absorb nutrients that can cause harm to ecosystems if they become overabundant.

The farming of kelp, especially relative to other forms of underwater vegetation, has proven successful in recent years. Unlike other types of underwater vegetation, kelp can be grown on lines with relative ease. Despite this success and the availability of suitable kelp farming locations around the world, the seaweed farming industry only covers about 770 square miles – less than 0.1% of the world’s oceans.

Today, kelp products are primarily used in food. In order to expand seaweed farming, along with the benefits large seaweeds provide to the marine environment and the global carbon budget, economic incentives that extend beyond the use of seaweed as a food product need to be explored. Through their new study, Oceans 2050 hopes to lay the groundwork for the kelp farming expansions needed to restore kelp abundance in our oceans.

“The vast majority of nature-based solutions to the climate crisis have focused on land,” explains Megan Reilly Cayten, Project Lead at Oceans 2050. “The ocean has absorbed 25% of the carbon emitted since the Industrial Revolution and is suffering the consequences. We believe the ocean can, and must, play a profound role in climate restoration. Creating carbon credits for seaweed farming will allow corporations and others to invest in blue carbon credits at a much larger scale than is available today, and with very meaningful co-benefits in the restoration of the oceans and the livelihoods of all that depend on them.”

To achieve this breakthrough for global kelp farming, Duarte has engaged a network of leading seaweed scientists and farmers from 12 countries around the world, spanning five continents. Data will be collected from 19 seaweed farms, some of which have been in operation for 300 years. The information gathered by Oceans 2050’s first initiative will provide the necessary empirical evidence on the carbon storage capabilities of kelp to inform the development of a robust kelp farming methodology, which Oceans 2050 will submit for approval in the voluntary carbon market. The approved method will allow carbon offset credits to be issued to seaweed farmers around the world, allowing the people behind the restoration of important ocean habitat to benefit financially for the amount of carbon they store. In this way, Oceans 2050 will create a new, scalable market for ocean restoration around the world.

For Oceans 2050, this project is but the first endeavor the organization plans to undertake. In the long-term, the goals of Alexandra Cousteau’s Oceans 2050 are to refocus global efforts on regenerating the abundance of the oceans and to prevent repeating the mistakes made on land to what remains in the oceans. “Conservation was a great way to articulate the goals of the last generation, but now the operating system for the 21st century has to be abundance,” Alexandra explains. “Our job is to make sure that as we grow the blue economy… it accelerates in a regenerative way, and not a destructive way.”