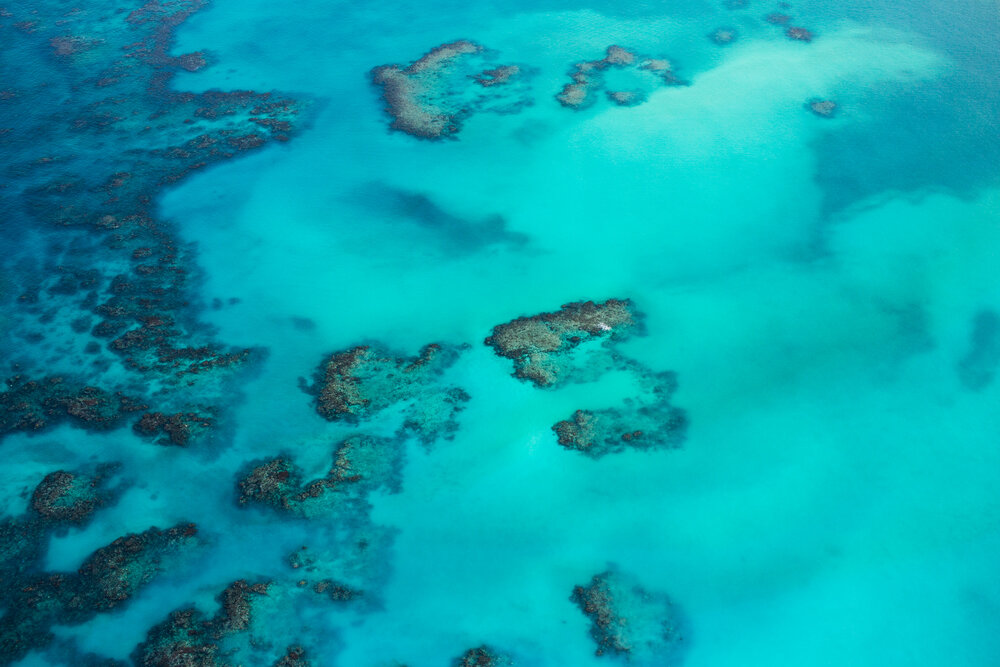 It is the year 2050 and everything is different.

It’s hard to point to any one event as the catalyst for such an epic course correction. Perhaps it was the COVID-19 pandemic that stopped the world for a few months and changed how we chose to live. Confined to their homes, people were perhaps better able to empathize with the wildlife, both on land and at sea, that had themselves been confined for decades into the increasingly small parcels of land and ocean where they could be safe from people. Or perhaps it was the power of the youth driven movement demanding a fundamental shift in our lifestyle and our priorities. Or perhaps it was simply that people decided to make the changes needed to leave a more generous planet for their children.  What is clear is that 2020 was the inflection point when we took urgent measures to change course towards a more abundant ocean.

In 2020, the oceans were dying.  Marine biologists found themselves in the role of notaries, documenting in thousands of research papers and reports how society had ravaged the ocean bounty. We were pushing countless species to the brink of extinction, eradicating marine forests and coral reefs, spreading dead zones and industrial pollution, and providing an endless stream of plastic that marine creatures of all sizes were gagging on. In just two human generations, our oceans had lost half of their marine habitats. Half of the fish and whales that roamed the undersea world that Jacques Cousteau first explored in the 1950s were gone.

Suddenly, it became evident that the practice of conservation and sustainability was, in reality, a slippery slope toward a broken ocean. We abandoned irrelevant targets like “sustainable exploitation” or “maximum sustainable yield” and instead focused on ensuring that a regenerative blue economy resulted in net positive outcomes for the ocean leading to a cascade of benefits for the human communities that rely on them. Restoring abundance in the ocean became the benchmark by which all ocean management strategies were judged and upon which the social license for companies to operate in the ocean was granted.

We listened to the science that told us that the oceans are remarkably resilient when we create the conditions that allow nature to flourish. A landmark study led by some of the world’s top marine scientists published in 2020 demonstrated that there was still a window of time – about a decade – in which aligned and ambitious action across the globe could result in marine life rebounding to past abundance with direct benefits that could return about $10 for each $1 invested. The aspiration for a healthy ocean finally found common ground across political systems, cultures and faiths.

The first great challenge we solved was the ocean plastic crisis. Citizens, non-profits, governments and corporations collaborated to take single-use plastic products beyond recycling (which was never an adequate final solution) and innovate ways to eliminate single use plastic products from our lives. This ended the steady stream of plastic that was entering our oceans and poisoning the entire marine ecosystem.

Realizing that removing the plastic chokehold from the oceans was just the first step towards restoring abundance, we called on our innovators and investors to accelerate the deployment of technologies that would allow transparency and traceability in fisheries. Consumer demand for traceable seafood skyrocketed once it was available in local supermarkets, vastly reducing seafood fraud and illegal fishing. Governments accelerated the restoration of commercial fish stocks by setting scientifically-based quotas catalyzing stock recovery for the commercial fishing industry and mandating a reduction in bycatch (at the time, about 40% of fish catch worldwide was unintentionally caught and partly thrown back into the sea, dead or dying). Nations worked together to set aside 30% of the global ocean as a marine protected area. In 2050, we’ve vastly increased global fisheries so that the number of people around the world who can eat a seafood meal every day has doubled to a billion people, reducing both hunger and the carbon emissions associated with land based protein sources.

Technology also allowed us to save coral reefs from extinction. Healthy coral reefs – among the most biologically diverse and economically valuable ecosystems on earth – were experiencing bleaching events of increasing severity every year. Great advances in 3D printing and coral restoration techniques allowed us to restore coral reefs at scale, in spite of warmed oceans. Today there is a greater abundance of healthy reefs than there was in 2020. These reefs are the main source of economic prosperity and food security for hundreds of millions of people around the world, and a source of awe for all who behold them.

We scaled our efforts to reforest the ocean by restoring marine forests and scaling up seaweed farms to sequester carbon dioxide, protect our shorelines, provide habitat for marine life, support tourism, and replenish fish stocks. Seaweed became an essential ingredient for biodegradable plastics, biofuels, organic fertilizers, cosmetics, nutraceuticals, and the chemical industry.  For the first time, a primary ingredient for countless industries restored rather than depleted the natural environment from which it was harvested. Ocean farming became the first major industry in which farmers were compensated for stewarding and regenerating, rather than exploiting and degrading, the ocean. This shift in paradigm was quickly adopted in other industries with transformative effects on our natural world.

At the beginning of the year 2020, none of these changes seemed possible. But then again, no one  thought in 2019 that we’d soon be sheltering at home in the face of a global pandemic. Perhaps that led many of us to decide that if we were going to live in a dramatically different world than we had imagined, we’d better imagine a better one. 2020 was the year we set our sights on what could be done to restore a clean, healthy and abundant ocean, and got to work.

That work has paid off. I grew up hearing my grandfather’s stories about the declining diversity and volume of life he saw in his earliest historic dives. In my own lifetime, I watched dismayed as we relentlessly ravaged our marine resources and the natural beauty I had grown to love slowly but inexorably wasted away. By 2020, I was struck by the painful realization that my children would likely grow up to inherit a dead ocean, fated to be the generation of my family to write its obituary. But then something beautiful happened. Together, we realized that as the stewards of the future of our children, we have a mandate to restore its abundance.

Alexandra Cousteau, granddaughter of Jacques-Yves Cousteau, is an award-winning ocean activist and advocate for ocean restoration and abundance. As head of Oceans 2050, a campaign and action platform to restore the world’s oceans to abundance by 2050, and as a Senior Advisor to ocean conservation organization Oceana, Cousteau collaborates with world leaders and across sectors to influence, convene and mobilize action to achieve measurable outcomes that will make the oceans more biodiverse and abundant.

Prof. Duarte is an international leader in multiple branches of biological oceanography and marine ecology and a leading authority on the ecology of seagrass meadows and coastal ecosystems. He is Chief Scientist for Oceans 2050 and the lead author of the recent peer reviewed article published in Nature about how to rebuild marine biodiversity by 2050. He is published on all aspects of seagrass ecology, from population biology to genetics, from depth and geographical distribution patterns to their role in biogeochemical cycles, and from conservation strategies to their sensitivity towards climate change. Many of his synthesis papers have set the stage for the field and his research is characterized by versatility, addressing marine ecosystems from the tropics to polar ecosystems, from macrophytes to microbes, and from coastal systems to open ocean gyres using a broad range of approaches. Duarte is Professor of Marine Science and Tarek Ahmed Juffali Research Chair in Red Sea Ecology at KAUST.