Alexandra Cousteau in Monaco for a documentary on plastic pollution 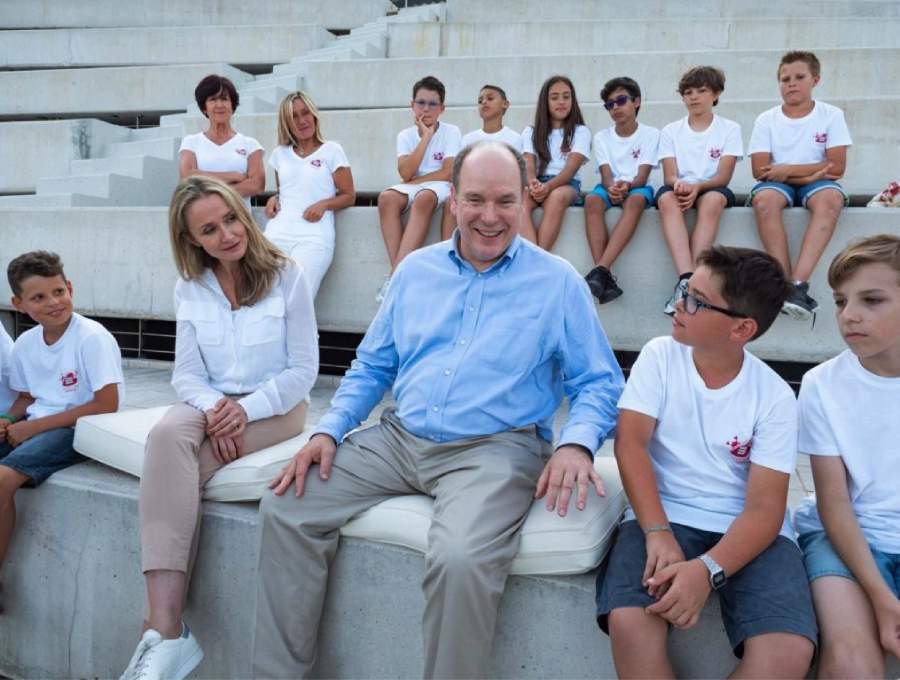 The granddaughter of Jacques-Yves Cousteau was in the Principality on Friday for the filming of a new documentary, in which Prince Albert II will evoke his commitment to nature. Alexandra Cousteau interviewed the sovereign at the foot of the Oceanographic Museum, which her grandfather led for three decades.

She received the sea as an inheritance. Her grandfather, Jacques-Yves Cousteau, and her father, Philippe, helped bring the knowledge of what they then called “the world of silence”. Alexandra Cousteau is one of the heirs of this dynasty.

“THE SEA HAS ALWAYS BEEN PART OF MY LIFE”

“My grandfather discovered the sea, he filmed it, he brought it to the people, my father Philippe is the one who started to see the degradation, and he awakened my grandfather to the need of the protect and analyze,” says Alexandra Cousteau.

“Today, we have lost 50% of the capital and we continue to lose 1% per year. I believe that the role of my generation and I dedicate myself to it, is to talk about the importance of restoring the natural abundance of the ocean, we still have ten years to change things, so that by 2050 my children will not be the generation that will write the epitaph of the oceans.”

To raise awareness, she decided to make a film on plastic pollution in the Mediterranean. “I went to meet lots of people: researchers, citizens, scientists, fishermen.”

In this film, the Commander’s granddaughter will also remember her childhood memories in Monaco, thanks to her grandfather, who led the Oceanographic Museum for three decades. “Monaco is a childhood memory. I spent my summers here, I spent time at the Museum, I saw the fish, and I fed them, I went there, lots of things have changed, but it’s the same place. The sea has always been part of my life.”

“EVERYONE HAS THEIR ROLE TO PLAY”

Early on, she became aware of some of the problems in the oceans. Overfishing in particular, which already worried many Jacques-Yves. “Overfishing is still a problem, but today there are much more important issues than before, such as plastics or climate change, at that time we did not talk about it.”

And to speak about it today, for Alexandra Cousteau, it is essential. “If today the public begins to pick up trash that does not belong to it, returning from the beach, or if days dedicated to the collection of waste are organized, it is because people have become aware that this garbage could destroy animal lives, whole ecosystems.”

And this awareness galvanizes her. “I’ve been waiting all my life that time for me, social networks are a great tool to denounce this, take pictures and tag the company that produced this to tell them: ‘I do not like it, I would have more pleasure to eat your madeleines if they were not wrapped in plastic.’

“I spoke with the industrialists, like Pepsi, Coca Cola, Unilever, and they listen a lot. They do not like being criticized by consumers. More than ever, everyone has a role to play.”