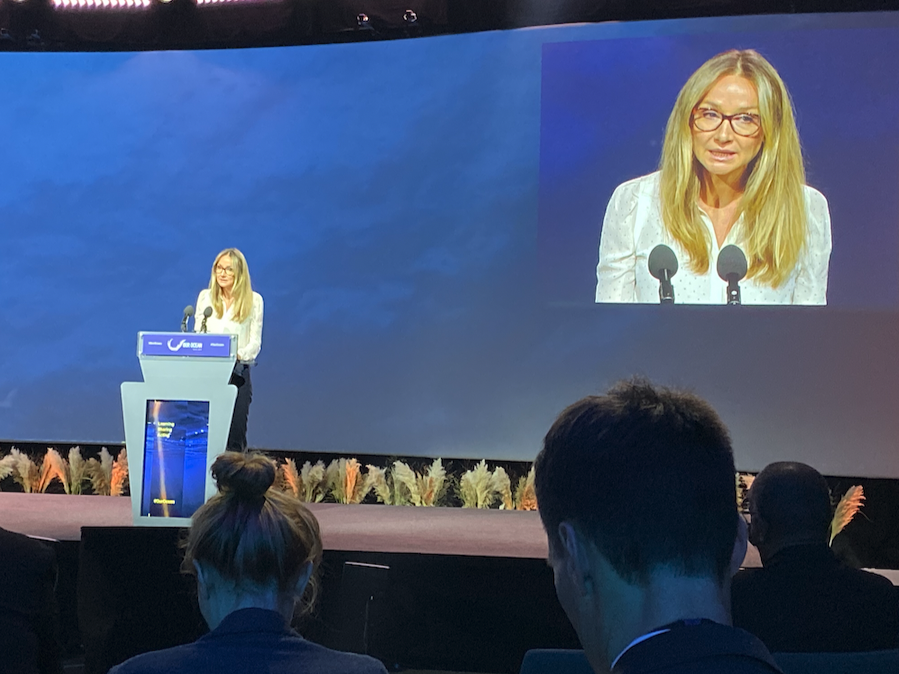 OSLO, Norway–Oceana, the largest international advocacy organization dedicated solely to ocean conservation, is calling for reductions in plastics production and increased transparency in global fisheries at the 2019 Our Ocean conference in Oslo, Norway. The conference, which is taking place October 23 and 24, brings together leaders from around the world to deliver concrete and actionable commitments to help protect and restore the world’s oceans.

Since 2014, the Our Ocean conference has generated commitments totaling over $27 billion dollars to fund ocean conservation and protected more than 25 million square kilometers of ocean.

“It is entirely appropriate that this year’s conference is being held in Norway,” said Alexandra Cousteau, explorer, ocean advocate and senior advisor to Oceana. “This is a nation whose identity and spirit are intimately linked to the sea. Norwegians as much as anyone understand that the ocean’s fate is our fate. We are emptying our oceans of fish and filling them with plastic. In just a few generations we have gone from abundance and biodiversity to scarcity; and from clean and pristine waters, to plastic-choked shorelines. This will only get worse, unless we do something now.”

Norway has the second longest coastline in the world and its waters are around six times larger than its land area. The ocean supports the livelihoods of hundreds of thousands of people in Norway and 80% of the country’s population lives less than 10 km from the ocean. Historically and today, the ocean is important to Norwegians and Norway’s economy, as the world’s second largest exporter of fish and seafood.

“Oceana’s participation in the Our Ocean conference demonstrates its commitment to save our oceans from marine pollution and other major threats. I have seen the damage marine pollution can do firsthand in my travels. While we should all do our part, beach cleanups and recycling will never be enough to solve the plastics problem. Companies must stop using so much plastic,” said Cecilie Skog, adventurer and Oceana supporter.

Approximately one-third of the world’s fish stocks are overfished. According to Oceana, modern-day pirates continue to pillage our oceans, threatening nations that rely on seafood for a primary source of protein. Oceana is working with governments around to world to increase transparency of their commercial fishing activities to expose problems that were once hidden beyond the horizon.

“To deter illegal fishing, we need to see beyond our shores and transparency is the solution,” said Andrew Sharpless, chief executive officer at Oceana. “Oceana campaigns to increase transparency in how fisheries are managed and employs a country-by-country approach to win these and other policies that will restore and increase ocean abundance. Indonesia, Peru and Chile set important examples by making their vessel tracking data public to the world through Global Fishing Watch, and now it is time for other countries to follow suit.”

The oceans face a massive and growing threat from something we encounter every day: plastics. According to Oceana, an estimated 17.6 billion pounds of plastic enters the ocean every year – roughly equivalent to dumping a garbage truck full of plastic into the oceans every minute – and plastics production is expected to increase fourfold by 2050. Oceana says plastics are impacting everything from zooplankton, fish and birds to sea turtles and whales – right here in Norway.

“Plastics have a profound design flaw: they are designed to last forever and used to create products that are designed to be used once and then thrown away. Then they persist on our planet for centuries,” said Jacqueline Savitz, chief policy officer at Oceana. “Unfortunately, what would be a popular solution to plastic pollution – recycling – simply has not worked. Only 9% of plastic waste generated has been recycled, if that. Sending it to Asia is not recycling. We can’t recycle our way out of this problem. The only way to stop plastic from polluting our oceans, and building up in our bodies, is for companies to reduce plastic use and offer consumers plastic-free choices. It’s not rocket science, our grandparents lived without plastic and so can we.”

Oceana is the largest international advocacy organization dedicated solely to ocean conservation. Oceana is rebuilding abundant and biodiverse oceans by winning science-based policies in countries that control one third of the world’s wild fish catch. With more than 200 victories that stop overfishing, habitat destruction, pollution and killing of threatened species like turtles and sharks, Oceana’s campaigns are delivering results. A restored ocean means that one billion people can enjoy a healthy seafood meal, every day, forever. Together, we can save the oceans and help feed the world. Visit www.oceana.org to learn more.