A message for Canada on World Oceans Day 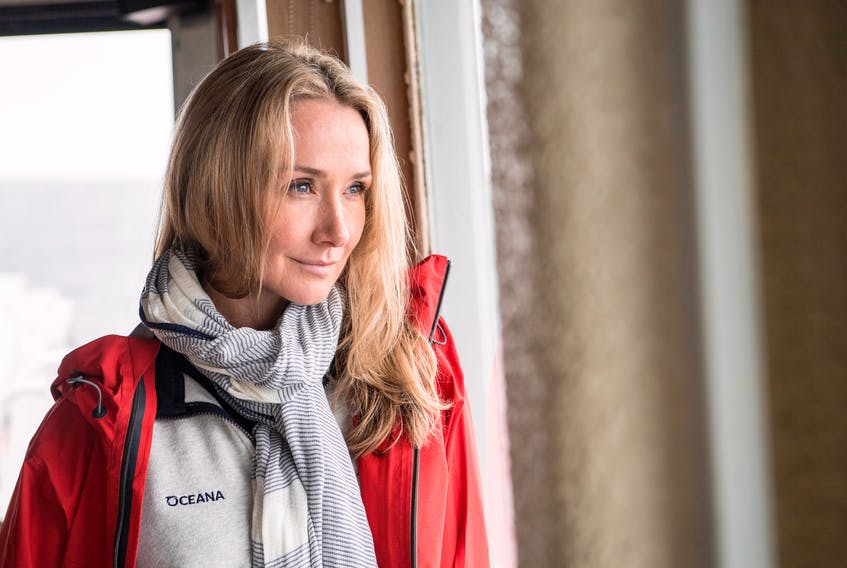 When my grandfather, Jacques Cousteau, explored the waters of the Gulf of St. Lawrence on board the Calypso in 1980, as part of a National Film Board documentary, there was still a thriving cod fishery, supported by teeming schools of caplin.

When I joined Oceana Canada on expedition in the Gulf of St. Lawrence in 2017, things had changed dramatically. The lucrative cod fishery was only a memory, and caplin — a vital food source for everything from commercial fish stocks to whales and seabirds — are now severely depleted.

That’s why I’m encouraged to see Canada commit to developing a sustainable blue economy as part of a strategy to build back better from the economic and social havoc wreaked by the pandemic. It’s a smart plan that could support coastal communities now and in the future.

My grandfather began as an ocean explorer and became a conservationist as he witnessed the alarming decline in marine life. I have seen that decline continue in my time.

I’m also skeptical. The word “sustainable” has been so often applied, it can mean almost anything, and so risks meaning nothing. If the Canadian government wants to achieve anything meaningful with its investment in the blue economy, it will have to be explicit about the future we want to build.

What should be the goal of a “sustainable” blue economy? In Canada, and around the world, the original foundation of the blue economy has always been our most plentiful and naturally renewing resource: wild fish. About three billion people still rely on wild fish as a healthy source of protein. A regenerative blue economy strategy provides the opportunity for Canada to reverse the longstanding decline in the health of its fisheries, return abundance to the oceans, provide economic benefits to coastal communities, and support global food security.

Historically bountiful wild fisheries in Canada have become severely depleted over the last decades, to the point where now only a quarter of Canada’s fisheries are considered healthy.

Scientific studies from around the world show that if we give fish populations a chance to rebound, they do — sometimes very quickly. That’s why in 2019, I was pleased to support Canada’s renewed Fisheries Act, which for the first time made it the law to develop rebuilding plans for depleted fish populations. However, the promise of that new act has yet to be delivered. Regulations will soon be announced that will provide the legal requirements for the content of rebuilding plans. Those regulations can provide a vital foundation to Canada’s emerging blue economy strategy. Or, conversely, if they are weak, it will signal that Canada is content to allow the slow, sad decline of its once mighty fisheries.

My grandfather began as an ocean explorer and became a conservationist as he witnessed the alarming decline in marine life. I have seen that decline continue in my time. My life’s work is to ensure that my children will experience not a decline, but a restoration. We can no longer simply conserve what’s left — we must restore the ocean’s lost abundance.

As a moral obligation to our children and, if that is not enough, as a matter of self-interest, we must rebuild — and not just conserve — the ocean we’ve systematically depleted over the past century.

Caplin can once again thrive in the St. Lawrence, as my grandfather saw, feeding fish, wildlife and human communities alike.

But simply calling a strategy sustainable does not make it so. I urge the Canadian government to make investing in rebuilding Canadian fisheries a priority in its Blue Economy Strategy, for the sake of all those who rely on the oceans today and all who will inherit our world. The upcoming Fisheries Act regulations will provide an important litmus test of their intentions.

For Prime Minister Justin Trudeau and Fisheries Minister Bernadette Jordan, this is a once-in-a-generation opportunity — Canada can be a leader with a regenerative blue economy strategy that is the envy of the world, but only if it prioritizes our oceans’ most renewable resource. Without wild fish, there is no blue economy.